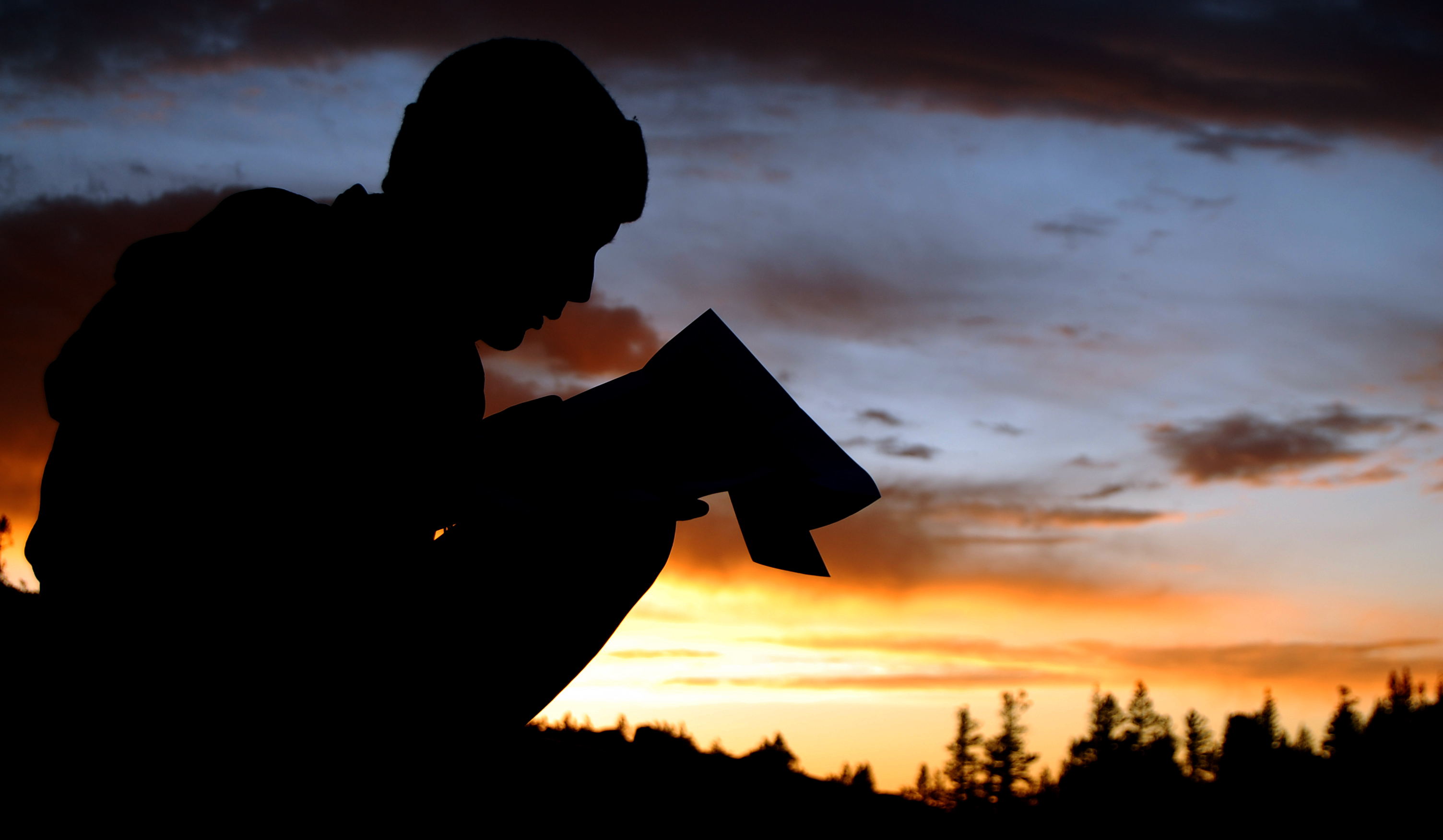 You've probably read in the news about the tremors that have rattled downtown Oakland recently, and about the anger, the broken glass, and the economic distress that have resulted. Being young and poor, I must confess that I have been deeply involved in these events.

I'm referring, of course, to the October 27th Associated Press article, "Small Earthquakes Strike Northern California." There have been metaphorical earthquakes, too, but I can block those with earplugs. My roommate, however, can no longer make coffee, not until he gets around to replacing the $4 glass coffee pot that fell off a windowsill and shattered. As a regular pound-a-day drinker, he has not been a happy camper in its absence.

The literal earthquakes would be unremarkable were it not for the fact that they've been unlike any earthquake I've been in. (And—before you start mocking my East Coast upbringing, I'd like to think that the monthly quakes we had in Japan left me reasonably well-shaken.) I've been sitting at the table, quietly working, when all of a sudd—BLAM! (They haven't made any noise, but if they had, that's the noise they'd make.) I thought something exploded in the downstairs apartment the first time it happened. There was no shaking, just one huge jolt. Moments later, the USGS website reported a 4.0 centered three miles away.

The quake has recurred several times since, including a surreal 5:36 AM wakeup call. (My response to this was dazed and delayed by a good minute or two; consequently, I am very pessimistic about my prognosis in any sort of actual overnight emergency.)

The physical upsets have been complimented by two somewhat less tangible tremors. I've been reading The Brothers Karamazov with some U of C friends, as an attempt to peer-pressure each other into intellectual stimulation. (I refuse to say "book club," since that conjures up too many images of overweight middle-aged women discussing Divine Secrets of the Ya-Ya Sisterhood.) I am nearly done with it, and am completely spellbound. Every character, or nearly every character, is an example of how not to live—and every time a character gets deepened, I see my own sins reflected more clearly. My entire life has been plagiarized from a 19th-century Russian novel.

Algebraic topology is kind of similar in that after teaching for two years, I can see the sins of the teacher all the more clearly. "Sins" is probably too harsh, but it's frustrating—he spends the entire class lecturing—lecturing! Just imparting data! Facts! When we could figure that out for ourselves by reading the textbook, and spend class time trying to understand the material on a deeper level! And the kids accept it. No one ever asks any questions in class! No one knows each other, since Berkeley is a big school, and so the professor never has to stop any conversations at the start of class—he enters into silence. Afterwards, everyone shuffles out silently, without thanking or acknowledging him, or anyone else in the room. It's not a class—it's a steno pool! Of course, I am every bit as guilty as the rest of the students, since I just sit there, with the arrogant condescension of someone who can claim partial separation from the group.

The material is cool, though, and we've just gotten to the really interesting stuff (the stuff that we've spent the last two months building the tools for). The other day we had a homework problem that, rather than telling us to prove such-and-such, gave us a fallacious proof of a true theorem and asked us to explain the error. I read the "proof" two or three times, saw the error, thought some more, and then realized it wasn't an error. Then I did that again. For eight hours. I kept attacking the proof, thinking each time that I had finally killed it, but as soon as I had gotten a meter away, just to make sure it really was dead, an eye flicked open and it jumped back up, claws out, roaring.

Around 11pm I gave up and went for a walk. No grizzly steak tonight.

The proof, incidentally, was of the fact that you can't lasso a tennis ball. Or a basketball, or a beanbag chair, or bacterium—no matter how you try to wrangle them, your loop can slip off. There's no hole that it can be secured through. Topology, in a sense, is the study of SHAPES in the abstract—if you're curious about shapes but have no conception of distance (no way to measure things), what's still true? So topologists picture shapes sort of melting and flowing around. "Psychedelic geometry" might be a good description (and an appropriate one for Berkeley).

In case you're not convinced that this is complete abstract nonsense, I should point out that this theorem was only true for a two-dimensional tennis ball. I guess that's a tennis ball that's been run over by a truck? It's not even true—my friend Robby and I violated it last month in the Sierras! It was windy and raining, but with Chicago-speed wind, and rain that was more like hail, and we had to tie our tent fly down to SOMETHING, and there was nothing but chunks of granite, so after much hand-wringing (mostly to dry our gloves)... we decided to ignore my current study and instead rely on my father's. We tied the lines tight to the rocks, and as everyone who's not a mathematician knows, they stayed tight. Friction saved us. We kept dry. The prodigal son returned and was rewarded.

We spent five days up in the mountains, far off-trail in some cirque at 10,000 feet that Robby found on a topographical map. Our attempts to summit nearby peaks were unsuccessful only insofar as we didn't actually summit. Instead we got to see Half Dome tiny and low in the distance and slide down snowfields and scramble across once and future landslides. From some of the ridge lines you could look west and see rolling, redwood-forested mountains, or look east and see rocky gray desert mountains. It was beautiful. We pitched the tent next to a turquoise lake too cold to swim in. The coyotes woke us at night to remind us to look at the stars. All of that for the price of a bus ticket and some Coleman fuel.

A price that I might be able to afford more often, since I just got a job at a bike shop! It's not a long-term plan, obviously, but it is one more stick in the beaver dam preventing the revenue stream from flowing in the wrong direction. Plus, I can get cheap bike parts to add to the dam. Metal doesn't biodegrade like sticks do, so it's a better building material. I picture some sort of dystopian future in which evolution has created beavers with mandibular blow-torches; they wander around cities and cut out rusting sections of railing.

So other than that I have been not running enough, not playing tennis enough, and certainly not riding my bike enough. I have been volunteering at the science museum, the Exploratorium a bit, but probably not enough. What I have been doing enough of is supporting overpriced coffee shops. The coffee shops, in turn, support my apparent goal of visiting every existing webpage. I guess eventually there will be no more Wikipedia pages about 15th century British monarchs to read and no more YouTube videos of obscure live music performances to watch. I don't know; maybe I'll watch actual live music instead. Tonight I'm going in to SF to hang out with some Chicago friends. Perhaps we'll find something interesting nearby. This is one awesome thing about the Bay Area: the sheer density, not of people, but of interesting things happening.

You can convert old typewriters to USB keyboards; did you know that? I saw one at a house I was in a few weeks ago. A friend from Phoenix came through Oakland on tour with his band; they played a show there. The residents of the house, in addition to hosting concerts, had taken this typewriter and found instructions online for how to turn it into a keyboard. It still works as a regular typewriter; if you feed paper into it, words appear on the page at the same time as they appear on the screen. On one of the breaks during my friend's concert, I stepped outside for a few moments. Inside it had been loud and crowded but from the street it was just another house, with no evidence of the music and strange typewriters inside. There were a few more bikes parked on the porch, but otherwise it was identical to all the other quiet bungalows on Shattuck Avenue.

I hope you enjoyed your fishing trip in September! I distinctly recall sending you, some years ago, a Cornell press release about growing hops in Upstate NY, but it has apparently hit the big time: http://www.nytimes.com/2011/11/09/dining/hop-farmers-reviving-brewing-in-new-york-state.html (with a reference to Ithaca's best microbrewery!)