Andrew’s letter to the New York Times on math education

In response to a New York Times op-ed urging more practical applications of mathematics in high school classes, I wrote a letter to the editor arguing the contrary. It’s still a concise and true catechesim of what I believe. Here’s the full text, as published:

Sol Garfunkel and David Mumford argue that high school math curriculums should include more real-life applications so that students will be better prepared for 21st-century careers. I disagree.

If we try to make math curriculums “relevant” to daily life, we will end up teaching students a series of disconnected formulas. Another generation will grow up thinking of mathematics as a mess of scary symbols, something with no inherent logic, best learned by memorization.

As submitted, my letter referred to “math curricula,” not “math curriculums,” and the first paragraph ended with the more accurate, more arrogant, less relativistic thesis “They are wrong.”

Here’s how it looked in print: 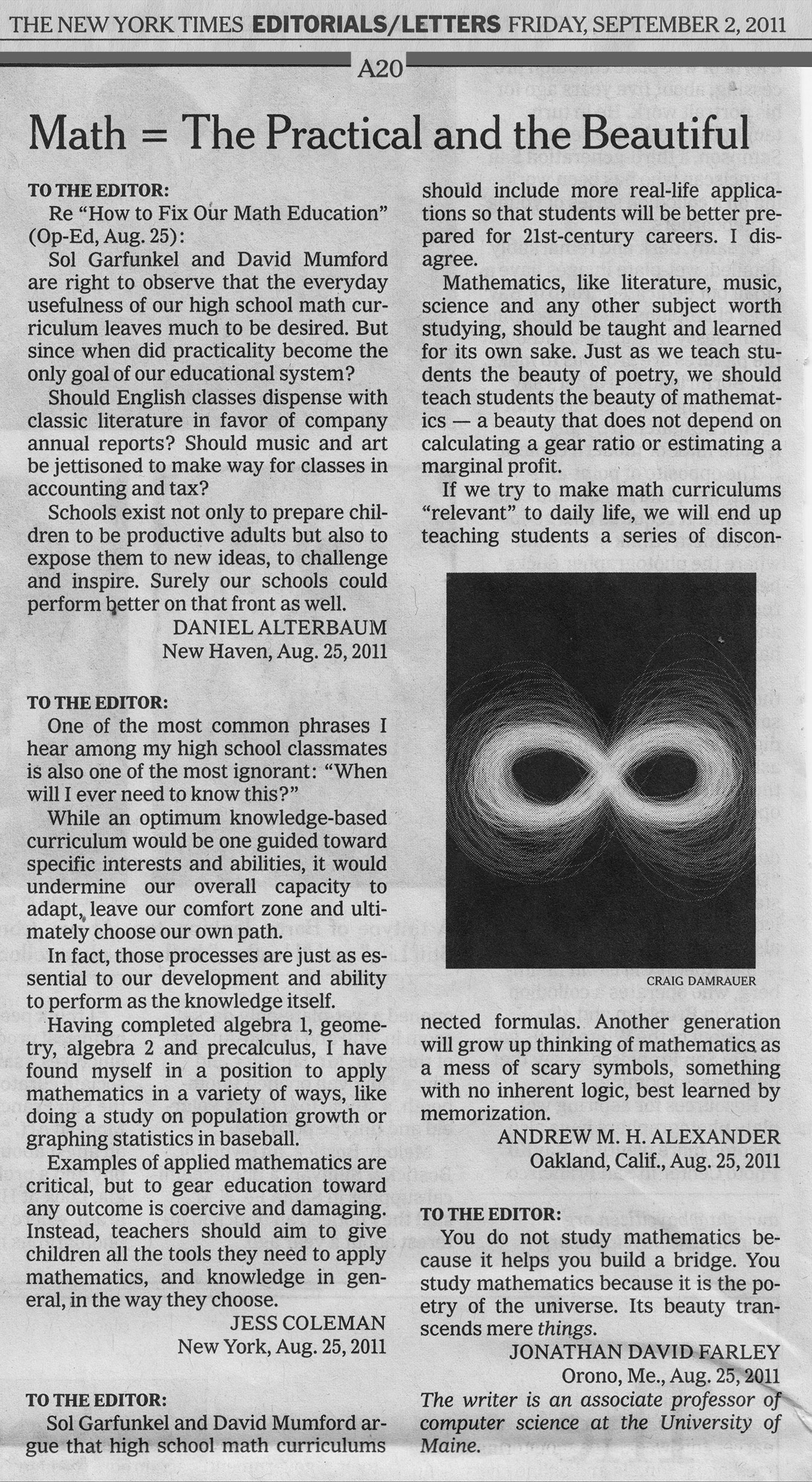 One of the authors of the original op-ed was, apparently, P.’s math professor father’s thesis advisor:

The original op-ed was “How to Fix Our Math Education” by Sol Garfunkel and David Mumford (August 24, 2011); the letters in response were published on September 2nd as “Math = The Practical and the Beautiful.”